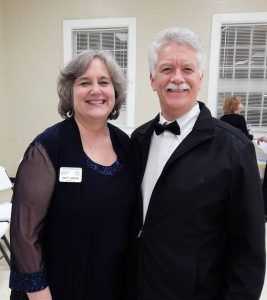 Patty is known for her singing, sense of humor and love of dancers.  She calls for square dance clubs and private groups all over the country.  She has taught square dancing for clubs since she started calling 1996, and enjoys teaching new dancers and workshopping with seasoned ones.

Patty has served in various leadership roles for local, regional, and national organizations since 1996. She is a member of the North Carolina Callers Association, program chair for the North Carolina Square Dance Convention, member of the Metrolina Caller and Cuers Association. She regularly attends CALLERLAB conventions, has served on many panels and participated in many special convention theme dances, and serves on the Board of Governors and Executive Committee for CALLERLAB.   She is currently serving as the Chairman of the Board for CALLERLAB.  She has been a panelist at the national convention and the CALLERLAB convention.