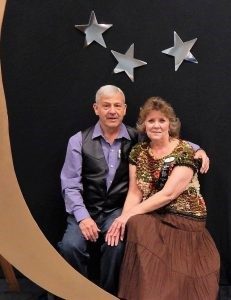 Danny Thomas grew up in the world of Western Style Square Dancing, tagging along behind his father at a very young age. Danny’s dad, Harold Thomas, was a caller for 40 years. Danny’s dad handed him the mike at the age of 8 years old, that’s when Danny knew for sure he wanted to be just like his dad and be a square dance caller.

Danny and his wife Peggy have been married for 37 years and have three children. After the children were grown, Danny wanted to put more time into his calling, and started the Carolina Promenaders in Rock Hill, SC in 2007. Danny also calls for the Belles & Beaus in Matthews, his dad was previously a caller for this club.