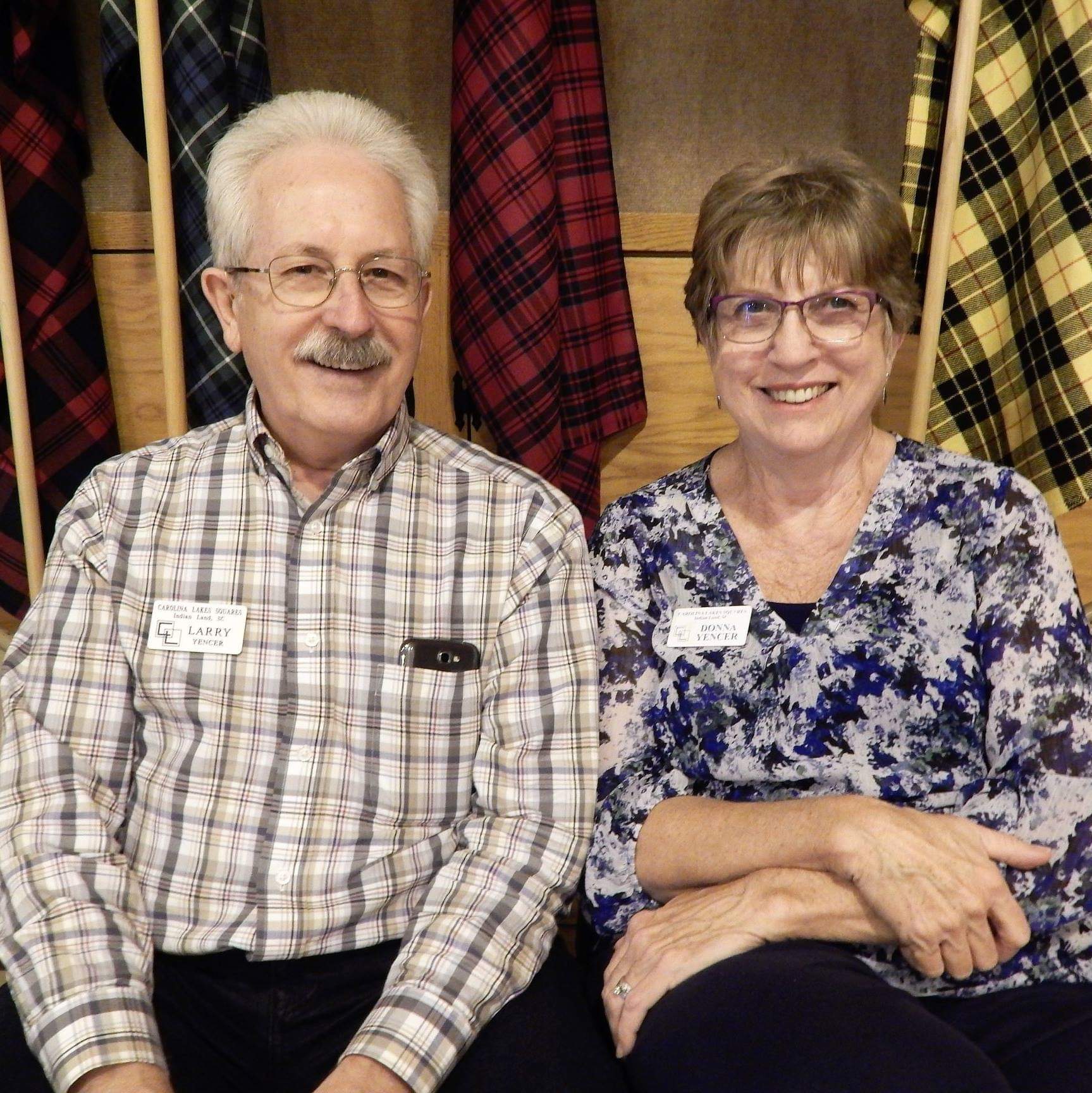 Larry and Donna started Square Dancing in the late 1980’s with the Swinging Saints.

Larry and Donna moved to Charlotte, NC in 1980 from wintry Ohio. The pair moved to South Carolina after retirement in 2007.

In the mid 1990’s Swinging Saints wanted to include line dances in their dance program. Larry volunteered to lead this effort and attended Line Dance Nights at Coyote Joe’s to pick up some line dance skills. Larry leads Lines frequently at Carolina Lakes and Swinging Saints. Larry was instrumental in establishing a Line Dance Club at Sun City and was a Lines leader there for 6 years.

The pair are also active cloggers with St. Luke’s Cloggers and Sun City Cloggers. Larry has been teaching clogging since 2002 and initiated the Sun City group in 2008 which now has 40+ members. The pair have been married 42 years and have 1 child, Pete, a mini-dachshund.